The Starfish and the Spider The Unstoppable Power of Leaderless Organizations 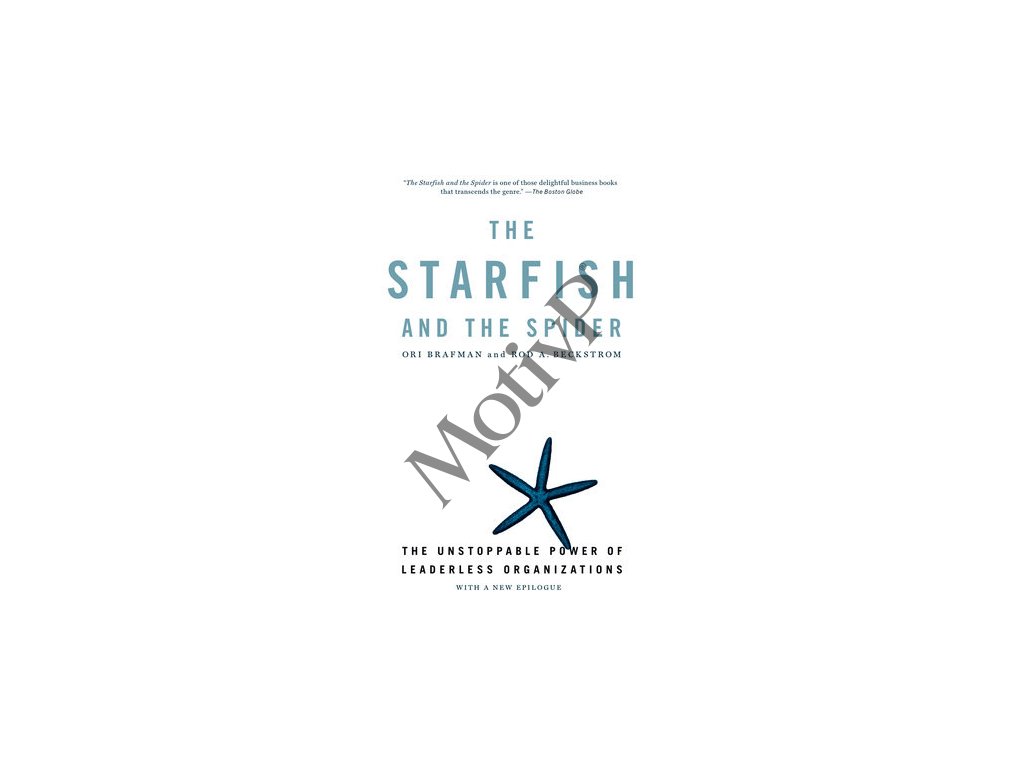 What’s the hidden power behind the success of Wikipedia, Craigslist, and Skype? What do eBay and General Electric have in common with the abolitionist and women’s rights movements? What fundamental choice put General Motors and Toyota on vastly different paths? How could winning a Supreme Court case be the biggest mistake MGM could have made?

After five years of ground-breaking research, Ori Brafman and Rod Beckstrom share some unexpected answers, gripping stories, and a tapestry of unlikely connections. The Starfish and the Spider argues that organizations fall into two categories: traditional “spiders,” which have a rigid hierarchy and top-down leadership, and revolutionary “starfish,” which rely on the power of peer relationships.

The Starfish and the Spider explores what happens when starfish take on spiders (such as the music industry vs. Napster, Kazaa, and the P2P services that followed). It reveals how established companies and institutions, from IBM to Intuit to the US government, are also learning how to incorporate starfish principles to achieve success.