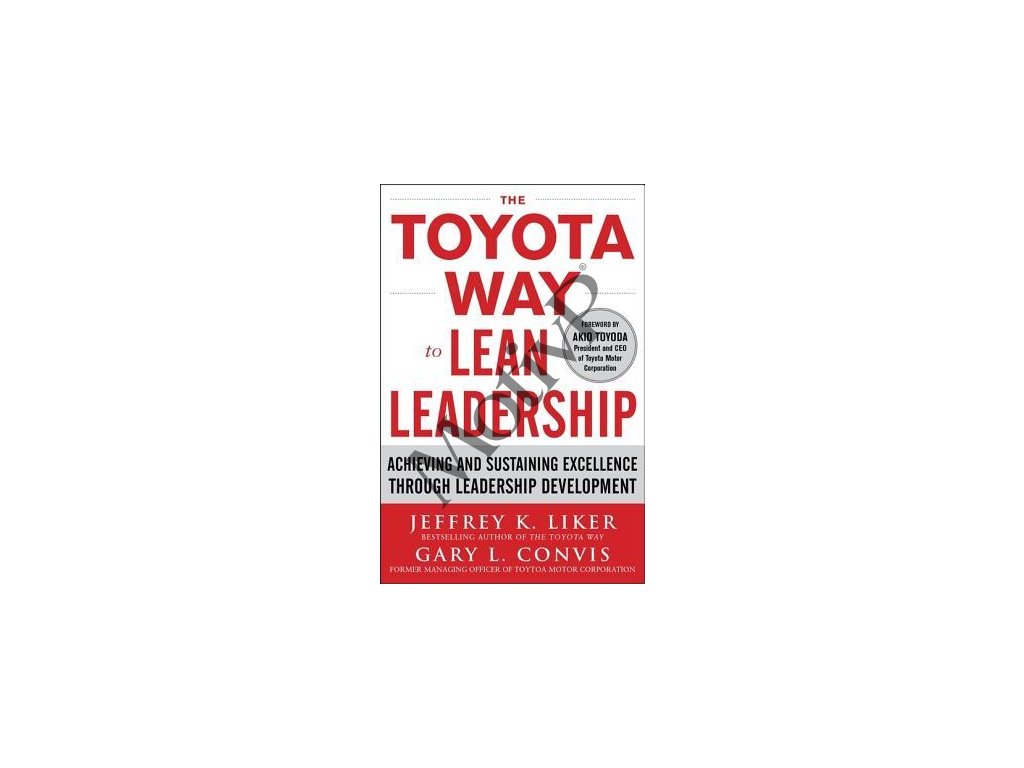 TOYOTA. The name signifies greatness-- world-class cars and game-changing business thinking. One key to the Toyota Motor Company's unprecedented success is its famous production system and its lesser-known product development program. These strategies consider the end user at every turn and have become the model for the global lean business movement. All too often, organizations adopting lean miss the most critical ingredient--lean leadership. Toyota makes enormous investments in carefully selecting and intensively developing leaders who fit its unique philosophy and culture. Thanks to the company's lean leadership approach, explains "Toyota Way" author Jeffrey Liker and former Toyota executive Gary Convis, the celebrated carmaker has set into motion a drive for continuous improvement at all levels of its business. This has allowed for: Constant growth: Toyota increased profitability for 58 consecutive years--slowing down only in the face of 2008's worldwide financial difficulties, the recall crisis, and the worst Japanese earthquake of the century. Unstoppable inventiveness: Toyota's approach to innovative thinking and problem solving has resulted in top industry ratings and incredible customer satisfaction, while allowing the company to weather these three crises in rapid succession and to come out stronger. Strong branding and respect: Toyota's reputation was instrumental in the company's ability to withstand the recalls-driven media storm of 2010. But what looked to some to be a sinking ship is once again running under a full head of steam. Perhaps the Toyota culture had weakened, but lean leadership was the beacon that showed the way back. In fact, writes Liker, the company is "as good and perhaps a better model for lean leadership than it ever has been." of innovation and growth. Yet, "Industry Week" reports that just 2 percent of companies using lean processes can likewise claim to have had long-term success. What the other 98 percent lack is unified leadership with a common method and philosophy. If you want to get lean, you have to take it to the leadership level. "The Toyota Way to Lean Leadership" shows you how.